The first light scene is set automatically for you. If you do not make any changes to this, all luminaires will be calculated with 100% luminous flux in one single light scene.

Using this function, with one click you can generate a light scene in which only those luminaires are used in the selected room or space in order, for example to achieve a calculation result for one room only without the influence from external light sources. No other luminaires in this light scene are taken into consideration. Of course, you can continue to edit and change this "room light scene". 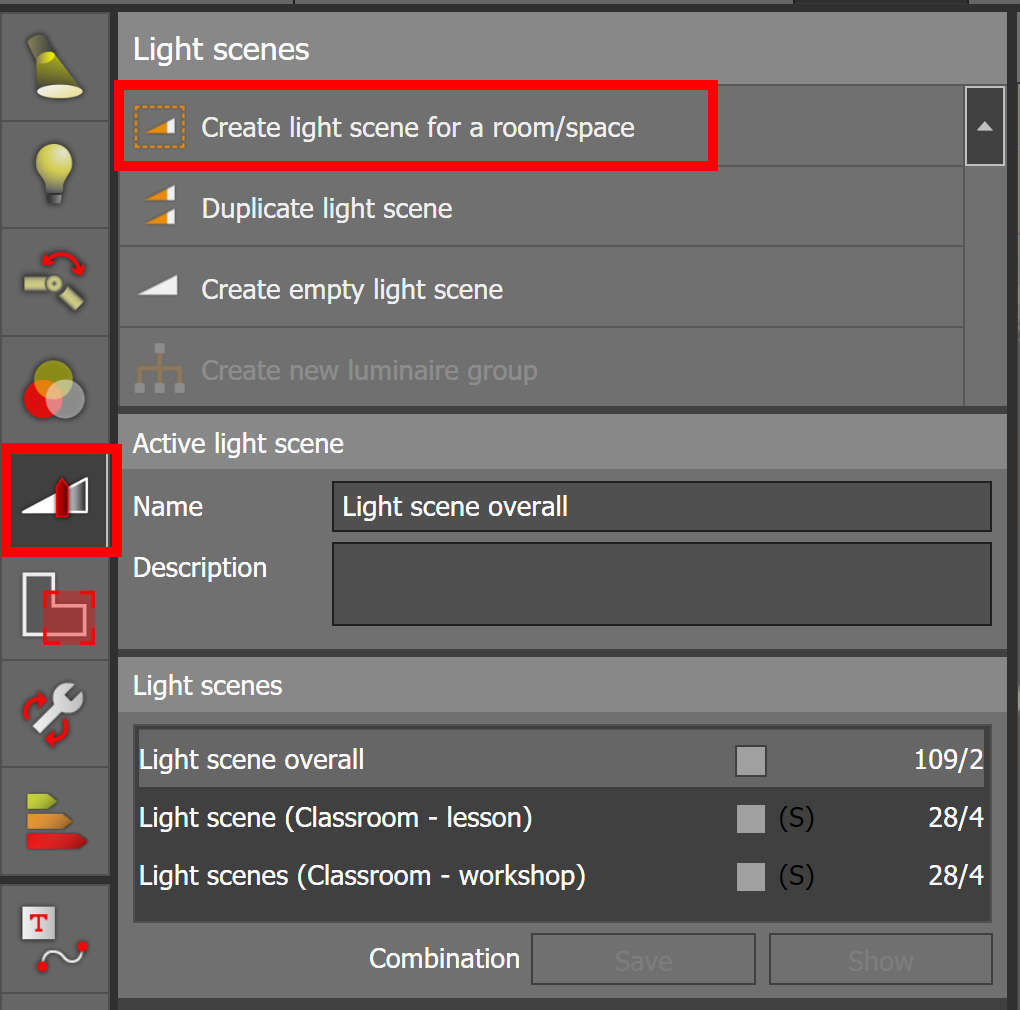 With this function you can generate new light scenes. An already existing lighting scene which has been generated automatically by DIALux is used as the basis. Changes can be made to the copy, e.g. different dimming settings or different compositions of luminaire groups. 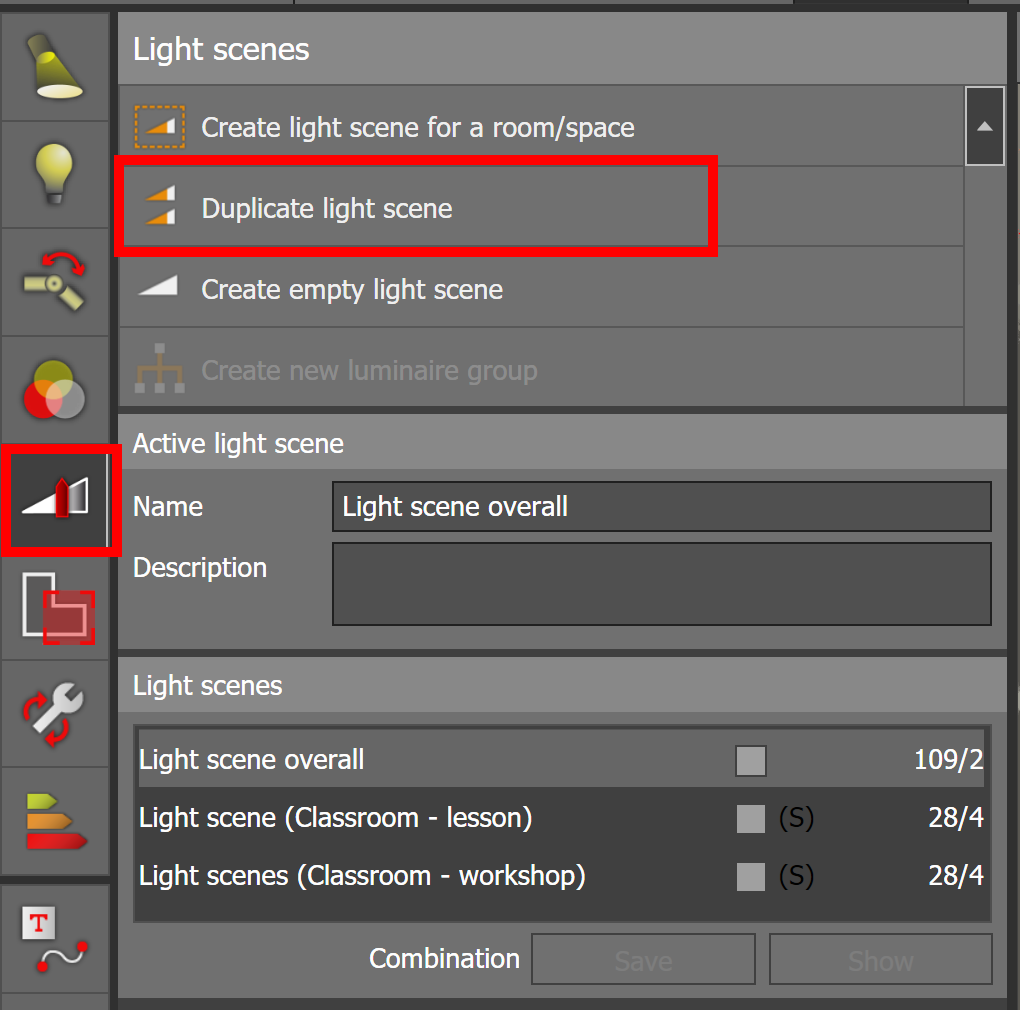 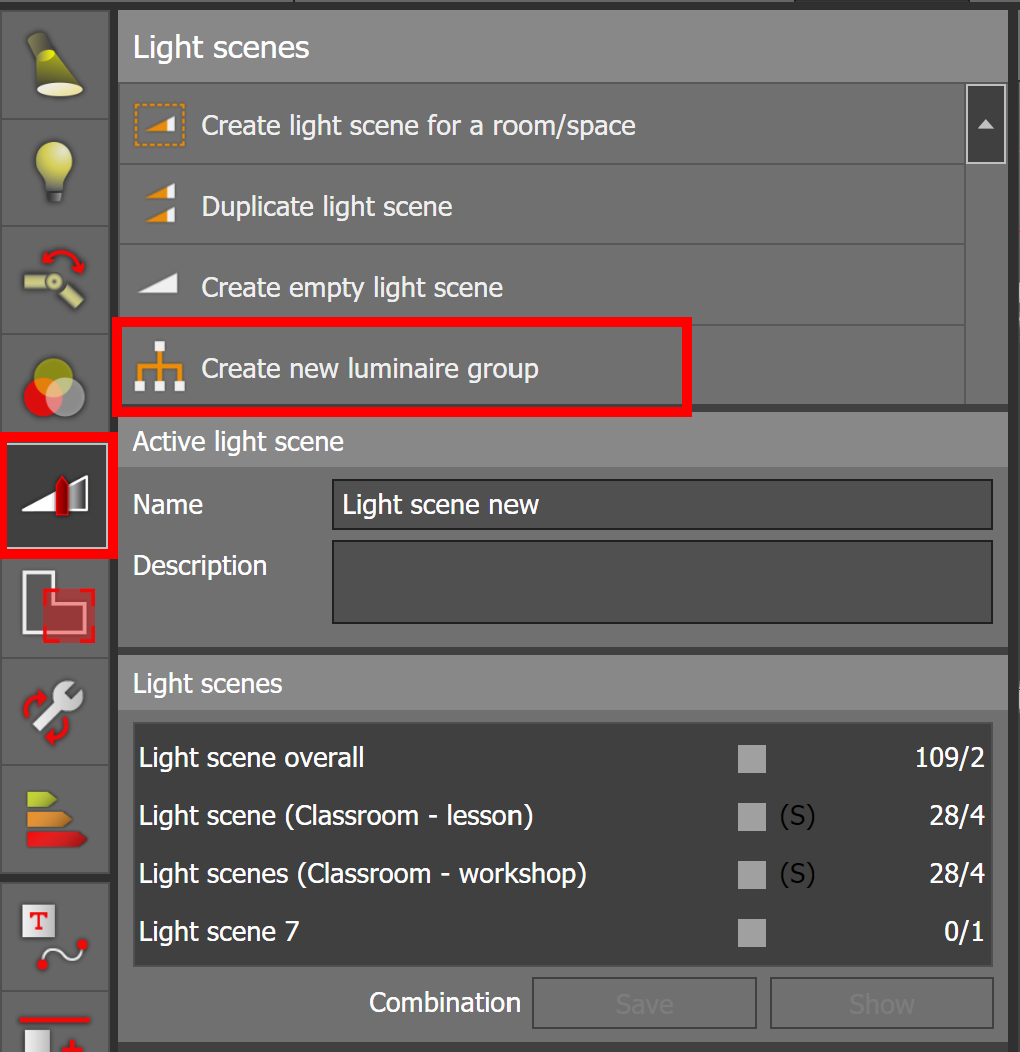 Here you can edit the name and description of the light scene.

For larger projects it is of great benefit to allocate names to the light scenes, e.g. "all on", "presentation", "pause", etc. That makes switching around and finding again much easier. 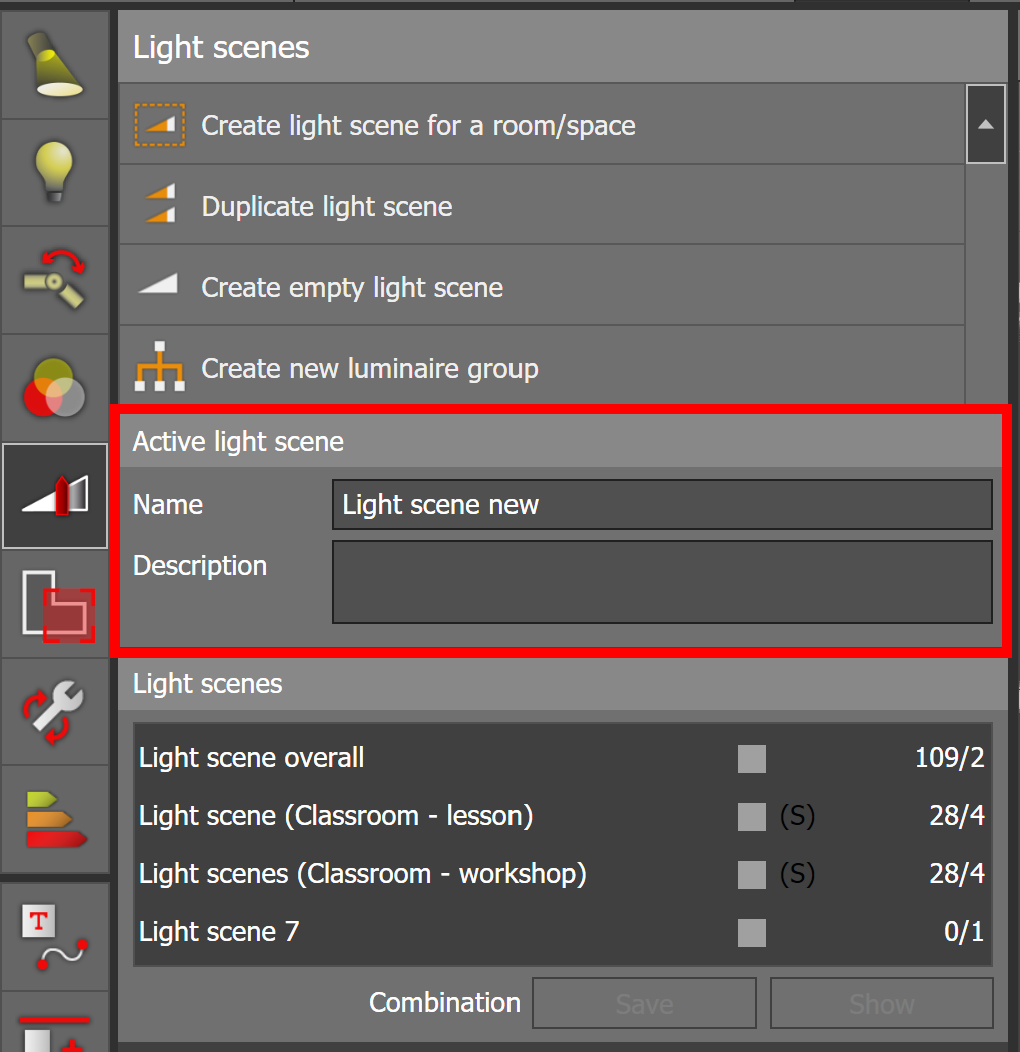 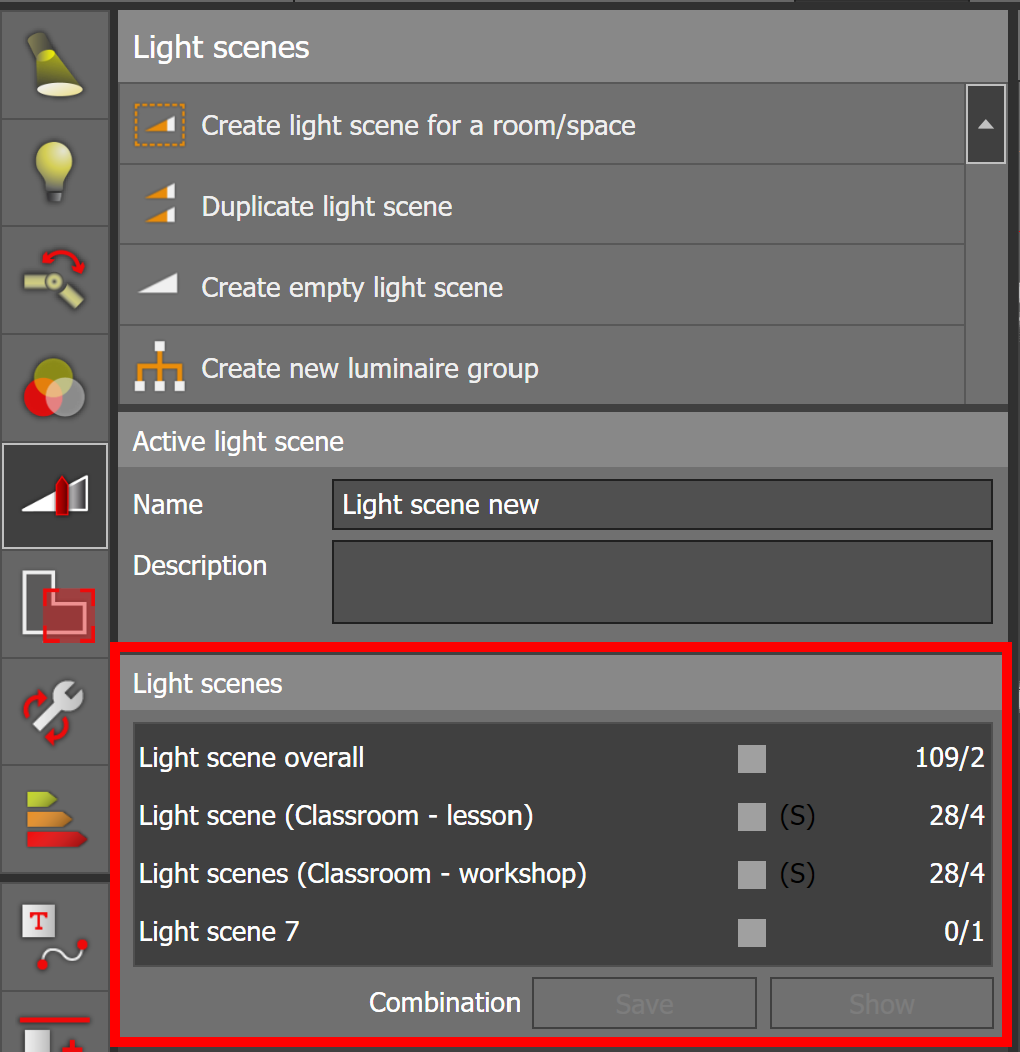 Here all the luminaire groups of the active light scene are listed. You can delete (-) or add (+) luminaires from or to the groups, rename or delete the group or set the luminous flux percentually. With multi-channel luminaires each channel can be set separately.

On the right hand side you can see the symbols for 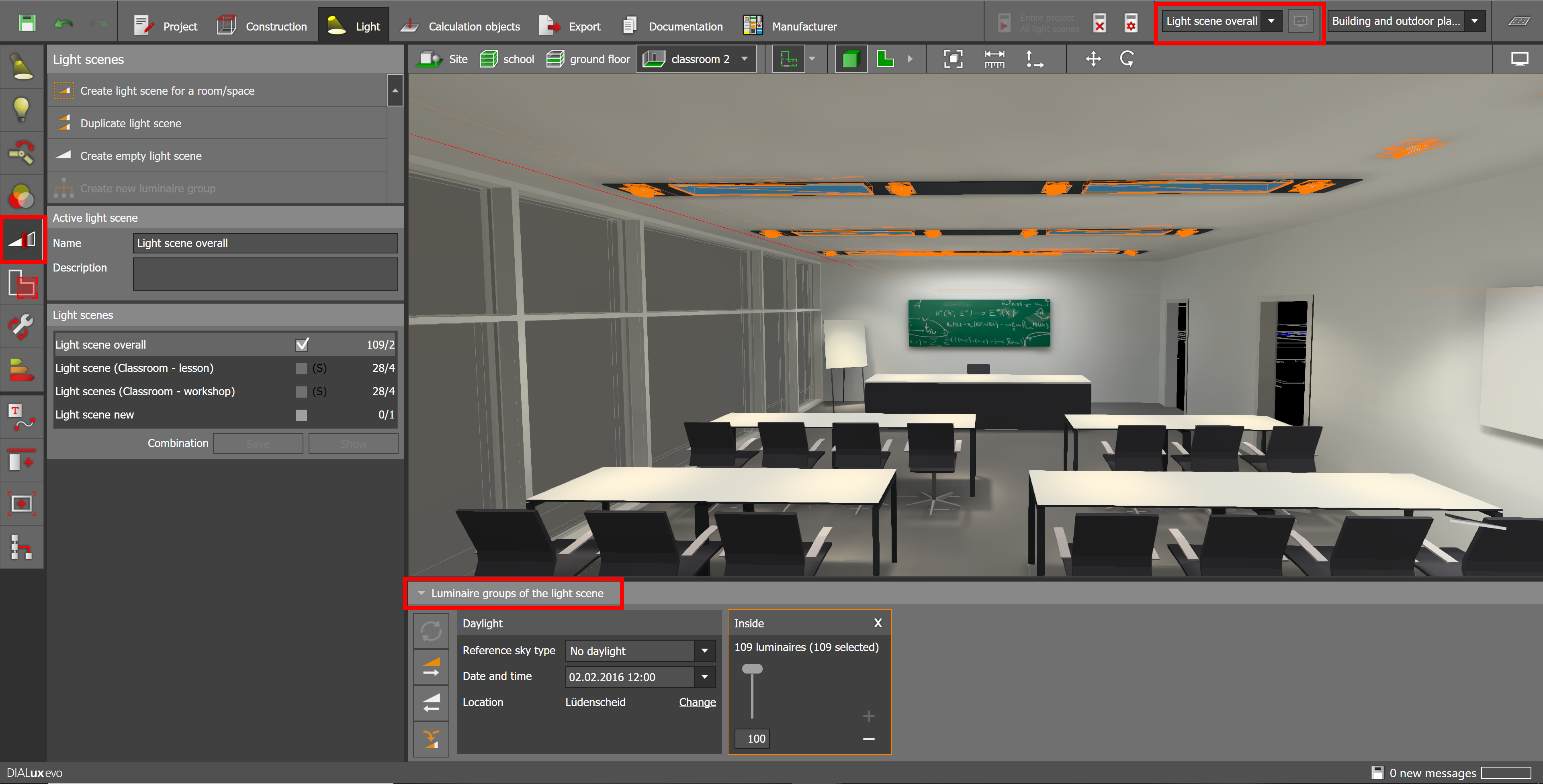