After you have completed the design, you can now carry out the lighting design in the next step in the Light mode. The first control "Actions" lists all options for inserting luminaires.

Of course you can position luminaires directly in your project using the "drag & drop" function. If you do not wish to use the luminaires which have been inserted, you can simply replace them by selecting the function "Replace selected luminaires" or "Replace all luminaires of this type". To do this mark the appropriate luminaires in the CAD view.

You can plan your lighting using all the usual luminaire formats such as Eulumdat, IES, CIBSE, LTLI. Just use the

Luminaire folders
Here you can access not only history, favourites and catalogues but also the folders which you have generated for luminaires.
You can generate and define theses folders yourself and then import them into evo by clicking on "Add folder... ". After you have added a folder, you can open it in a separate window with a double-click.
On the left hand side all the sub-folders are listed which you can select individually.
For this purpose the luminaires included in each of the folders selected are listed on the right hand side. The same principle is found in the "Furniture and objects" tool. There, as in the luminaire tool, you can also add your own folders for furniture and objects. 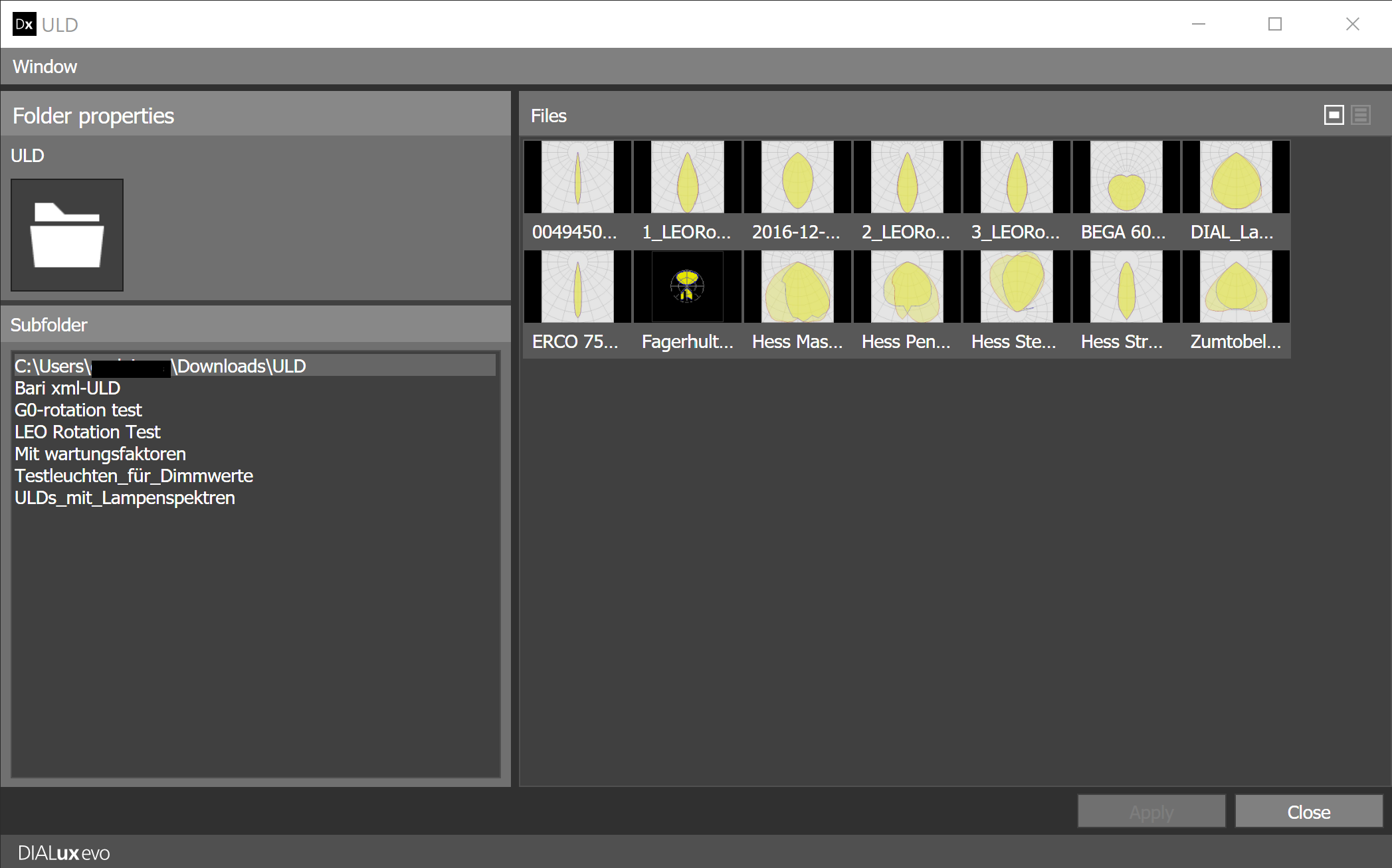 Lamps
The lamp tool provides support when modifying an active luminaire. If you have not selected a luminaire in the CAD view, then an explanatory text appears below the control. As soon as a luminaire is marked, the complete control field opens. Here you can adjust not only the luminous flux but also the power and colour temperature of the original fitting and also the spectrum. In addition, it is also possible to change the type of lamp. A list of the usual alternatives is available in the drop down menu. After adjusting manually you only need to click on the button "Apply" and the new fitting will be included in your planning. 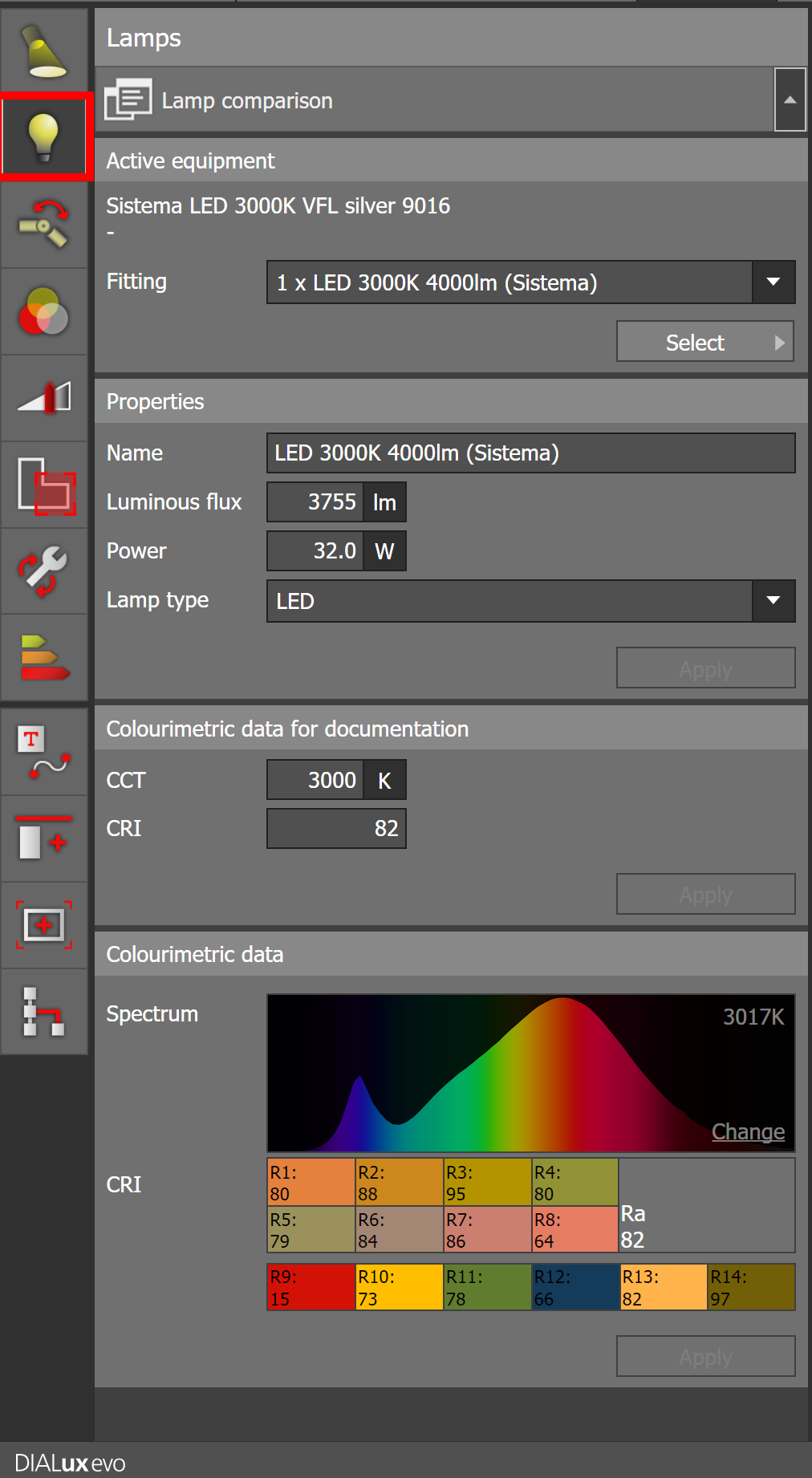 Edit joints
If the luminaire model being used has one or more joints, then this is indicated by a symbol next to the manufacturer's logo. The editing of the joints in accordance with their possible alignment is done either graphically in the CAD view or manually in the input box. Please note that the lumianire must previously have been selected in CAD in order to switch all the buttons into active mode. The alignment is made visible by means of a rotation symbol along the axis. If you wish to set a illumination point directly, then use the control "Set illumination point" and select a point in the CAD. The alignment of the luminaire to the target selected is then automatic. You can align the luminaire according to all variants starting from C0 G0. By clicking on both buttons you will be led to the next variant without having to make any graphic or manual preparations. If you wish to reset to the original position of the rotation of the joint, then activate the "Reset angle " function. The joint will then be rotated to the starting position. 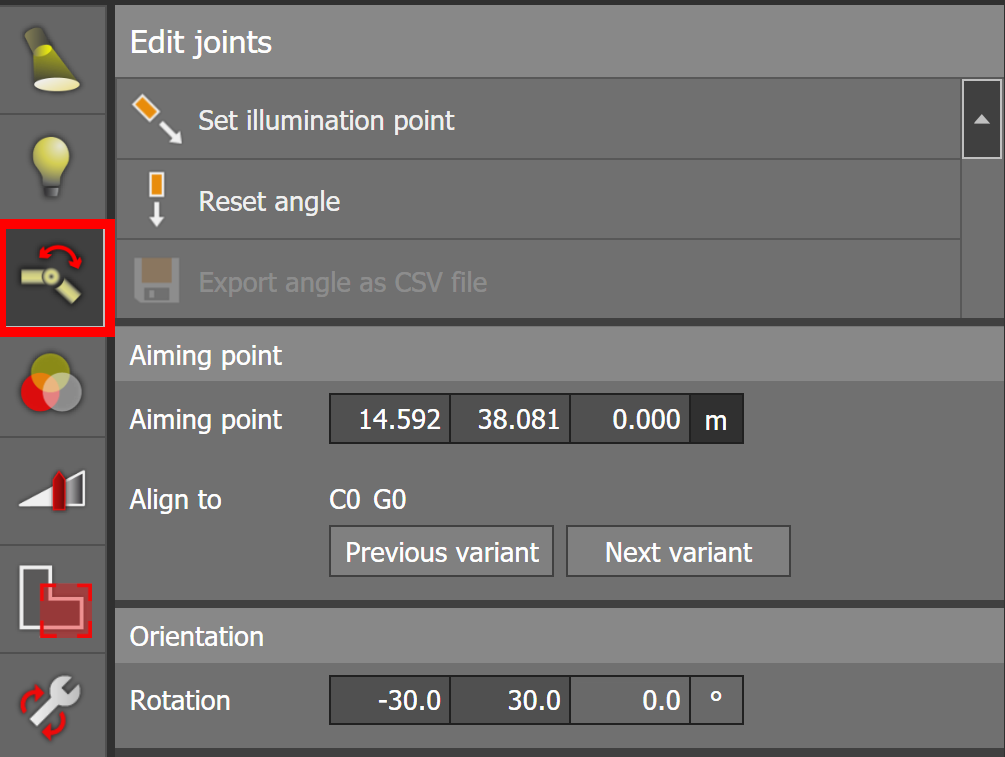 Filters
With the filter tool you can furnish your luminaire with different colour filters, correction or other filters. To do this, select one or more luminnaires with the mouse and select the filter desired either from those last used, from your favourites or from the DIAL filter catalogue. The tool shows you the filter spectrum and the spectrum resulting from the filter spectrum and the lamp spectrum. With the 'slider' you can determine how large the area should be which is covered by the filter. The RA value can be seen below the resulting spectrum. Values from R1 to R14 fade in when you move the mouse over the comparison colours. Here you can remove a colour filter which has been inserted or adopt the current selection.
Until you press the button "Apply" the luminaire you have selected will not be changed and so no colour filter will have been inserted. 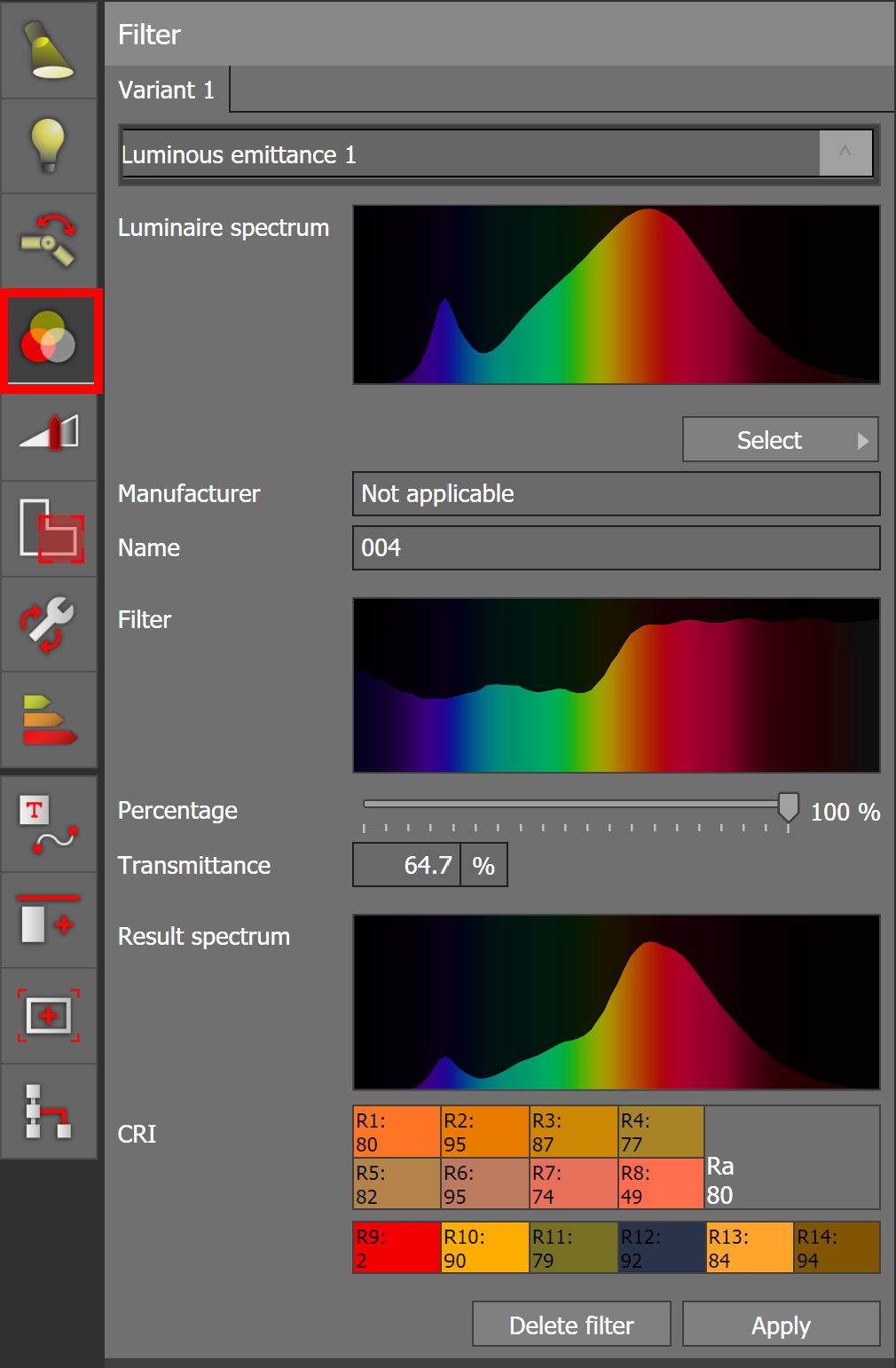